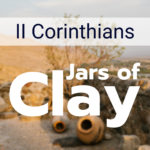 The Voice of Hope
Rightly Dividing the Word

When Heralds of Hope began its Bible teaching ministry more than 50 years ago, the defining feature of that teaching was exposition. One of our core values as an organization is “a focus on the expository teaching of Scripture.” But what does that mean?

I’ve discovered that not many people have a good grasp of what expository Bible teaching is. I’ve heard people say, “it’s going through the Bible chapter by chapter and verse by verse.” Well, I’ve listened to some teaching like that, and it definitely wasn’t expository. It was more like a boring, dry, random series of comments about seemingly unrelated verses.

In fact, I read a statement from a well-known megachurch pastor who said, quote, “guys that preach verse-by-verse through books of the Bible– that is just cheating. It’s cheating because that would be easy, first of all. That isn’t how you grow people.” I don’t have time to unpack that statement, except to say that he doesn’t understand what expository preaching and teaching is.

The heart of expository preaching and teaching is this; a commitment to preach the text.  This commitment is rooted in the biblical assertion of Second Timothy 3:16 that “all Scripture is God-breathed and is profitable for teaching, for correction, for reproof, and for training in righteousness.” So, the pastor/teacher who wants to speak for God must use God’s Word as the basis for his teaching.

Robinson says, “The communication of a biblical concept, derived from and transmitted through a historical, grammatical, and literary study of a passage in its context, which the Holy Spirit first applies to the personality and experience of the preacher, then through him to the hearers.” [1]

And finally, here’s Brian Chappel’s definition. ““The main idea of the sermon (the topic), the divisions of that idea (the main points), and the development of those divisions (the sub-points) all come from truths the text itself contains.  No significant portion of the text is ignored.  In other words, expositors willingly stay within the boundaries of a text (and its relevant context) and do not leave until they have surveyed its entirety with their listeners.” [2]

So, how do you know if a sermon is an expository one? Here are some questions to help you. Is the text accurately interpreted, with consideration given to both its immediate and broader biblical contexts? Are the main point of the sermon and its sub-points derived from the text? Does the sermon’s application come from the text and is the text being brought to bear on the congregation?

You see, an expositor doesn’t merely preach from a text or on a text. An expositor preaches the text. These three essentials mark an expository sermon, and these three questions will let you know when, in fact, the Word has been preached.

Hopefully, you’ll see how this works itself out as we begin a new series of study. Let’s begin.

Whenever we want to interpret a document, it is essential that we understand the historical background of that document. For example, Charles Dickens writings are set in 19th century Victorian era of England. If you don’t have any knowledge of the cultural and societal happenings of that era, there are many things you won’t understand, and most likely, his writings won’t make much sense to you.

The importance of understanding historical background is especially true with our interpretation of the Bible. The culture in which the Bible was written is very different from our culture today. If we don’t have some understanding of the cultural practices existing when the Bible was written, we can very easily end up with a wrong interpretation. It was also written in languages unfamiliar to us. Because of this, some people say the Bible is out of date, it’s irrelevant to us today. But that’s not true. Although the outward, cultural scenes have changed, the universal principles remain and apply to us today.

The significance of understanding the historical background is determined by the extent to which a text deals with the specific problems of a particular situation. For example, in Acts 6 we have the situation of Greek-speaking Jewish widows in Jerusalem being neglected in the church’s distribution of resources. To properly understand the passage, we need to know some historical background.

There are several questions we must ask ourselves when we study any portion of Scripture. When was this document written? What did the author intend to communicate? How would have his original audience understood what he wrote? What is different about the time of the writing than today; what is the same? What timeless principles are involved? What is the application to our day? These are all questions we’ll attempt to answer as we begin a study of Second Corinthians.

So let me read the opening verses of First Corinthians chapter one as part of the introduction to this study.

Corinth was a prominent city in the first century. It was a Roman colony and the capital of the Roman province Achaia (uh-KI-uh). It was located in Greece on an isthmus, a narrow strip of land between the Aegean and Ionian Seas. This location was strategic – picture the hub and spokes of a wheel – and that made it important both militarily and commercially.

Many merchant seamen of the day preferred to ship their cargoes across the isthmus, rather than sail the long, hazardous voyage around the tip of Greece. Most cargo was offloaded, carted across the isthmus, and then reloaded on to different ships. Some smaller ships were simply dragged, fully loaded, across the isthmus on an improvised wooden tramway.

Because of its location, Corinth was a cosmopolitan city. People of many different nationalities either lived there permanently or were passing through in their travels to other parts of the region. We’ll discover in our study that this diversity became a challenge to the formation of a thriving church.

Corinth was a prosperous city and was also known for its immorality. Because of its bad reputation, a new Greek word was coined, which meant “to live immorally like a Corinthian.” Commentator Leon Morris described this important city as “intellectually alert, materially prosperous, and morally corrupt.”[3] Keep that sentence stored away in your memory!

Imagine, in that setting, a church being birthed. All churches, even today, reflect to some extent, the society in which they exist. The church in Corinth existed in a grossly sinful atmosphere that affected them, and it led to some of the issues addressed in Paul’s letters.

Aphrodite was a goddess of Phoenician origin. Her temple was here in Corinth. Hundreds of priestesses served there, but they were nothing more than ritual prostitutes! So, idolatry and immorality were closely linked together. There were also other idol temples popular among the people. These temples played a significant role in both the economic and social life of the community. One issue that arose in the Corinthian church directly from this fact was the discussion of whether a Believer should or shouldn’t eat meat that had been offered to idols.

Acts 18 records Paul’s ministry in Corinth during his second missionary journey. Paul came to Corinth from Athens, which was about 45 miles away. We understand that Paul wasn’t anticipating a very warm welcome in Corinth. His experience in the neighboring cities caused him to approach Corinth “in fear and in much trembling,” according to First Corinthians 2:3.

In Corinth he met Aquila and Priscilla and worked with them in the tentmaking trade. Paul used the income from making tents to preach the gospel. That way he didn’t need to rely on support from others. So, he worked all week and then preached in the synagogue every Sabbath. When the majority of Jews rejected his teaching, Paul left the synagogue and began teaching in the house of Justus, next door. I’m sure that irritated the Jewish leaders. His ministry resulted in the salvation of Jews and Gentiles, so the church in Corinth was made up of both. And Paul ministered in Corinth for about a year and a half.

During Paul’s time in Corinth, opposition began to grow. The unbelieving Jews in the city brought charges against Paul before the Roman proconsul, Gallio. But Gallio refused to get involved in a religious dispute. Paul stayed a bit longer but eventually moved on to Ephesus. He remained in contact with the Corinthian church through letters and personal representatives, sending them warnings and instruction.

Paul’s letters to the Corinthians make up his largest body of work directed to an individual congregation. These two letters address specific problem areas in Corinth that, unfortunately, are still within the church today. Human nature hasn’t changed since the fall of our first parents in Eden.

After Paul planted the church there and moved on, various groups or factions began quarreling among themselves. These factions formed around various leaders like Paul, Apollos, and other unnamed personalities. This was reported to Paul by the people of Chloe (I guess they were a faction too), and he also received some questions sent by the church. His counsel and his answers form the letter we know as First Corinthians.

Evidently, that first letter didn’t clear up the issues in Corinth and the situation continued to get worse. So, Paul made what he referred to as “a painful visit” to them. After this visit, which didn’t seem to have the desired effect, he returned to Ephesus and wrote what we now know to be Second Corinthians somewhere around AD 55 or 56.

There appear to be several reasons for Paul’s writing of this second letter. One of primary reasons was to defend his apostolic authority to a rebellious minority in the Corinthian church. They accused him of taking too much authority on himself. Because of this, his letter becomes deeply personal as he shares experiences and information that verified his apostolic authority.

Another reason was to strengthen the faithful Believers there, who, thankfully, were the majority. Finally, he urged them to exercise generosity toward other Believers as an expression of Christlikeness. The overarching theme of the letter seems to be the relationship between suffering and the power of the Holy Spirit in the life of the believer.

So then, I’ve titled this series, “Jars of Clay – Suffering, Submission, and Sanctification.” I hope you can join me each week as we explore the book of Second Corinthians.