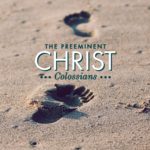 The Voice of Hope
A Band of Brothers

In the fifteenth century, in a tiny village near Nuremberg, Germany, was a family with 18 children. The father was a goldsmith and worked almost many hours a day at his trade and then at any other paying chore he could find in the neighborhood to provide for his large family.

Despite their seemingly hopeless economic condition, two of the children had a dream. They both wanted to pursue their talent for art but knew their father could never afford to send either of them to Nuremberg to study at the Academy.

But the boys finally worked out a plan. They would toss a coin. The loser would go into the nearby mines and, with his earnings, support his brother while he attended the academy. Then, when the first brother completed his studies, he would support the other brother in his studies.

Albrecht won the coin toss. He went off to Nuremberg while Albert went into the mines. For the next four years, Albert financed his brother, whose work was an immediate sensation. When Albrecht graduated, he was already earning large fees for his commissioned works.

When Albrecht returned to his village, the family held a festive dinner in his honor. After the meal, Albrecht said, “And now, Albert, blessed brother of mine, it is your turn. Now you can go to Nuremberg to pursue your dream, and I will take care of you.”

Albert rose and said softly, “No, I cannot go to Nuremberg. Look what four years in the mines have done to my hands! The bones in every finger have been smashed at least once, and lately I have been suffering from arthritis so badly in my right hand that I cannot make delicate lines with a pen or a brush. No, brother, for me it is too late.”

More than 500 years have passed since then. Albrecht Durer has hundreds of masterful portraits hanging in every great museum in the world, but you, like most people, may be familiar with only one of them.

To pay homage to Albert for all he had sacrificed, Albrecht Durer drew his brother’s hands with palms together and fingers stretched skyward. He called his powerful drawing simply “Hands,” but the world has renamed his tribute of love “The Praying Hands.” What an amazing tribute to true brotherhood, a love that is willing to do whatever is required to see another person succeed. How much more should we be willing to sacrifice for eternal rewards?

With this message, we’ve arrived at the end of our study in the book of Colossians. A casual reading of the final verses of chapter four may seem to be some random messages of thanks to some of Paul’s associates. But that conclusion overlooks some very important truth.

And so, I invite you to join me in taking a closer look at verses 7 through 18 of Colossians chapter four. We will explore the central message of this text under the title, “A Band of Brothers.”

This text illustrates how embracing the preeminence of Christ results in the CHARACTERISTICS that define a band of brothers (and that includes sisters too).

As I noted multiple times in this series, the preeminence of Christ, the superiority of Christ, is the central theme of this epistle. The final verses of this letter are an example of how the embrace of this truth impacts our relationships with our fellow Believers.

The First CHARACTERISTIC (that defines a band of brothers) is,

Paul begins by introducing us to Tychicus (Titchi-cus). His name means “fortunate”, and his gift appears to be exhortation or encouragement. Paul refers to him as a “beloved brother.”

He’s first mentioned in Acts 20 among a group traveling with Paul through Asia Minor. In Ephesians 6:21 he is acknowledged as the bearer of Paul’s letter to the Ephesians. Finally, we see him in II Timothy 4:12, still serving the aged apostle in the final days before Paul’s execution.

Paul told the Colossian Believers that Tychicus would bring them up to date on what was happening in his life. Paul knew that Tychicus’ love for the Lord and for the church would motivate him to complete his assignment. Love motivates brothers to endure hardship for each other.

Onesimus was a runaway slave who, now a Christ-follower, was accompanying Tychicus in the delivery of the Colossian letter. He too is referred to as a “beloved brother.” We learn from the letter to Philemon that Paul’s love for Onesimus was so great he was willing to pay whatever debts the former slave owed to his master, Philemon. He appealed to Philemon based on his “…love and faith which you have toward the Lord Jesus and toward all the saints.”

Aristarchus is another name in our text. A native of Thessalonica, his life was endangered, along with Paul and others, in the riot at Ephesus (Acts 19:29). Paul addresses him as a fellow-prisoner. Whether he volunteered to be literally imprisoned with Paul or if the imprisonment was figurative, either way, his love motivated him to serve the apostle.

John Mark is next in this band of brothers. He was the cousin of Barnabas and fell out of favor with Paul in Acts 13. Later, in Acts 15, he became the source of division between Paul and Barnabas that resulted in two missionary teams being formed instead of one.

But now, Paul commends him to the Colossians and commands them to receive him with hospitality. Paul’s love for John Mark is further highlighted in II Timothy 4:11 where he wrote “Get Mark and bring him with you, for he is useful to me for ministry.” The apostle Paul’s love for Jesus caused him to acknowledge that his initial perceptions of John Mark were wrong. Genuine love gives people room for growth – in every area of life.

And then, we meet Epaphras. His name means lovely. According to chapter one, verse seven, he was most likely the founder of the Colossian church. His acceptance of the preeminence of Christ motivated his great love and zeal for the churches in the Lycus Valley of Asia Minor: Colossae, Laodicea, and Hierapolis. We will say more about his sacrificial service later.

Next, Paul refers to Luke as “my beloved physician.” At the end of Paul’s life, we learn from II Timothy 4:11 that Luke was the only person who remained with Paul throughout his imprisonment. What an example of mutual love between brothers!

If someone were writing a letter to your church or about your church, would you be named as one of those whose love is exemplary? Would you be referred to as a “beloved brother or sister?” Why or why not? First John chapter 4 and other Scriptures make our love for our brothers and sisters the litmus test of our love for Jesus.  Mutual love is a vital characteristic of a band of brothers and sisters.

The Second CHARACTERISTIC (that defines a band of brothers) is,

Another characteristic these brothers and sisters shared was their faithfulness in serving the Lord by serving others. Several of them were cited for being especially zealous in their work.

Paul commended Epaphras by saying he was “always laboring fervently for you in prayers…” The word Paul used for laboring fervently is agonizomai. We get our English word, agonize, from this. In Paul’s day it was a term for the toil and strain of contestants in the athletic competitions. Those competitions were sometimes a matter of life or death.

In addition, he had great zeal, great ardor, great concern for the churches under his care. Each of the 3 churches he had planted in the Lycus Valley were in danger of being infected by the Gnostic heresy. So, Epaphras agonized in prayer for the people in these churches. I can imagine that he prayed fervently for their spiritual maturity. By the way, anyone who thinks that prayer isn’t hard work, probably hasn’t done too much of it!

Tychicus also demonstrated sacrificial service. Remember, he is carrying the letter from Paul to the Colossians. We tend to forget the difficulty of travel in the ancient world. The distance between Rome and Colossae was more than 1,500 kilometers (nearly 1,000 miles) and involved travel over land and sea. Today, we can travel that distance by car in two days or less. I have no idea how long it took back then, but I’m sure it wasn’t in climate-controlled comfort with XM radio, plenty of snacks, and a rest area every so many miles!

And then there’s Nympha. Evidently, the church in Laodicea met in the private home of Nympha. It wasn’t unusual for a wealthy woman to open her home as a place for the church to meet. Remember Lydia in Acts chapter 16, “After Paul and Silas came out of the prison, they went to Lydia’s house, where they met with the brothers and sisters and encouraged them.”

Again, if someone were writing to your church, would your name be mentioned in the context of sacrificial service? Are you willing to agonize in prayer for a brother or sister, or for the lost in your community? Are you willing, like Nympha, to use the resources God has given you to bless others? Sacrificial service is another vital characteristic for a band of brothers and sisters.

The Final CHARACTERISTIC (that defines a band of brothers) is,

How valuable is personal encouragement to you? The words of Proverbs 12: 26 come to my mind. “Anxiety in the heart of man causes depression, but a good word makes it glad.”

As a church-planter and pastor/shepherd, Paul understood the value of encouragement. His letters are filled with encouraging words and feelings. Even when he had to administer discipline, he always had words of encouragement and appreciation to accompany it.

In our text, each person mentioned had some role in encouraging either Paul or the people he was writing to. Tychicus and Onesimus were sent to the Colossian Believers to encourage them with their report from Paul. Aristarchus, John Mark, and Justus were Jewish Believers who were assisting in sharing the Gospel with the Gentiles. That fact was very encouraging to Paul and to the Gentile Believers in Colossae.

The diligence of Epaphras in the Word and in prayer was a great encouragement to many people. Luke, the beloved physician, and Demas (or Demetrius) encouraged Paul very much by their commitment and attentive service. Can you imagine how many people were encouraged by Nympha, allowing the church to meet in her home?

And finally, the Apostle Paul signs this letter with his own hand. Imagine the chains on Paul’s hands clanking as he picks up the pen and adds his signature to this encouraging letter. And in return for the encouragement offered by him and the others mentioned in this letter, he asks a favor. “Don’t forget me in my chains.” The great Apostle needed encouragement too!

My friend, do these characteristics define your life? Are you a committed part of a local fellowship of Believers where you can develop and practice mutual love, sacrificial service, and personal encouragement? If not, why not? No local churches that I know are perfect, because their comprised of imperfect people. There’s always room for growth and improvement. But how will that improvement take place if you and I stand aloof and refuse to commit and engage?

If you and I truly embrace the theme of the Colossian letter, the preeminence of Christ, how can we refuse to take our place among those He’s chosen to be His Bride? So, I encourage you today, take the role Jesus has for you among the band of brothers and sisters that make up His Church. If you don’t, most likely, no one else will.

Lift Up Your Head

The Skill to Understand : Part 2