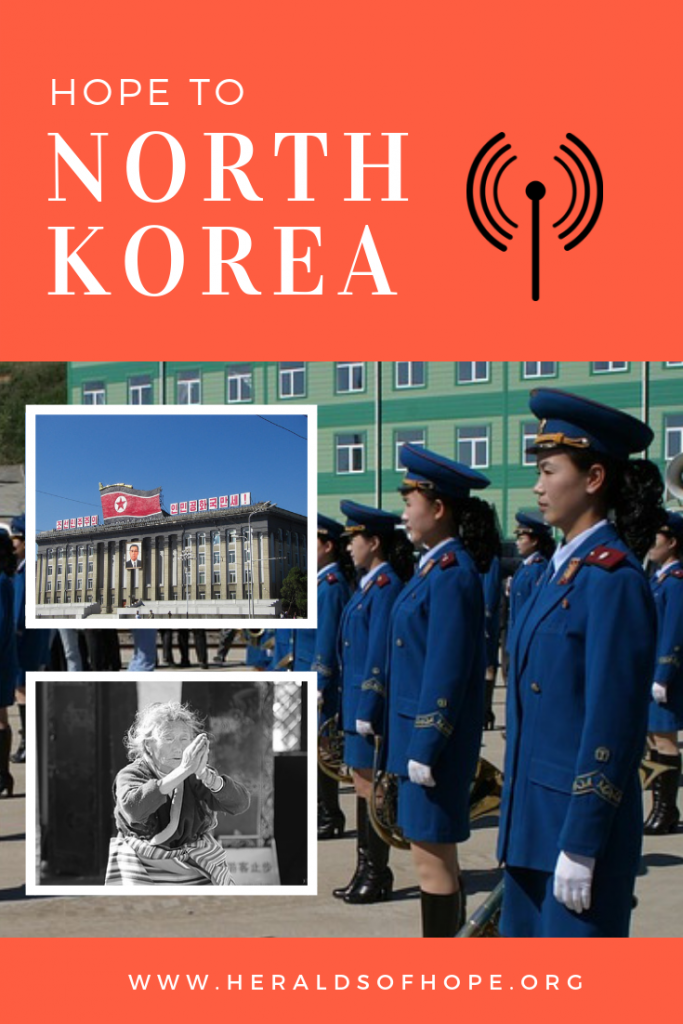 North Korea is a dark place!

But the darkness in North Korea is not just physical; it is spiritual. The North Korean government attempts to force all citizens to embrace Juche, or self-reliance. It is an ideology that encompasses all of life; religion, politics, sociology, and economics. According to Juche, there is no god but Kim Il Sung, the country’s “Eternal President,” which makes North Korea the world’s only country governed by an embalmed corpse. Juche attributed divine powers also to Kim Jong Il, the sole author, editor, and interpreter of Juche, and has begun to trickle them down to Kim Jong Un.

But, the light of Jesus Christ is alive and growing in the darkness of North Korea. Despite extreme opposition and oppression, the light shines in a dark place and the darkness is unable to overcome it!

The Gospel Goes to North Korea by Radio

Now, beginning in September, our Hope for Today Bible teaching programs will be translated into the language of North Korea! Through the generosity of our donors, the program is already funded for the first 12 months. Our weekly broadcast will air in the early morning hours, when people listen in hope of avoiding detection by the authorities.

Please pray with us for the maximum impact of these broadcasts! Pray that seekers will find the truth, and our dear, suffering brothers and sisters will find encouragement and hope as they listen. Pray that the light of the Gospel will bring more North Koreans to Christ and their country into the community of nations.

This article is from the September/October Hope Horizons issue. Click here to view previous newsletters.