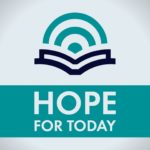 Hope for Today (English)
The Reality Of The Resurrection

When God worked out His plan to bring us hope and peace He sent His Son into the world. His Son lived a holy life as a man and died on the cross shedding His blood for our salvation. In that way, God can now forgive our sins. Because God said without the shedding of blood there is no remission, that means no forgiveness of sin. So when Jesus shed His blood on the cross for our sins God can now forgive us when we believe in Jesus.

After Jesus died on the cross He was buried by Joseph of Arimathaea in his own rock-hewn tomb. But He arose from the dead three days later. So that now He is alive.

It seems like certain men in the last several hundred years have spread doubts about the resurrection of Jesus. The reality of the resurrection is the foundation of saving faith. The Bible records His resurrection just like it was in Matthew 28:1-10.

From these verses, I set forth the unmistakable EVIDENCES of the reality of the resurrection.

Look how the Bible describes that angel. His face, his appearance, was like lightning, and his clothing was as white as snow. The guards that were standing there were seized with fear and became like dead men.

So the first evidence is the open tomb, physical evidence to the women who came. The tomb was opened by the act of the angel. For when the angel came down there was a great earthquake.

THE ANGEL’S MESSAGE was the audible evidence that Jesus’ resurrection is real. Listen to what the angel said: I know whom you are seeking. The angel identified that one by describing the one they were seeking. He said, “I know that you seek Jesus who was crucified.” There could be no question then what they were doing there. They had come to see Jesus. They had come to find Him. They were seeking for Jesus.

Then He said, “Go quickly, tell His disciples that He is risen from the dead, and indeed He is going before you into Galilee there you will see Him. Behold I have told you.”

The angel’s message is the second evidence of the reality of the resurrection. Some angels lie. Evil angels do, they tell the untruth. But the angels from heaven do not lie. The Bible tells us in this text that this was an angel of the Lord that descended from heaven. So what that angel said is true. The second evidence then is the angel’s message, it was audible evidence.

THE SAVIOUR’S GREETING was joyful evidence of the reality of His resurrection. So the women went away quickly, having heard the angel’s message. They departed quickly from the tomb with fear and great joy to tell the disciples what they had learned. As they were going Jesus met them and greeted them. He greeted them in the Greek, “kerita” translated into English rejoice, hail, wonderful, be glad, don’t be afraid. He greeted them and they worshipped Him. The Bible tells us they came and held Him by the feet and worshipped Him. The Saviour’s greeting must have been a joyous time for these women. Then He said something else to them: “Do not be afraid; go and tell my brethren to go to Galilee and there they will see me.”

The Saviour’s greeting is evidence of the reality of the resurrection. These women saw Him, they felt Him, they held Him by the feet, they heard Him speak and they worshipped Him. Now that is pretty strong evidence. The Saviour was there with His greeting.

My friend these evidences should settle for us the reality of the resurrection: the open tomb, the angel’s message, the Saviour’s greeting. Yes, friend, He is alive. Praise God!

The Ministry Of The Spirit – Part 1